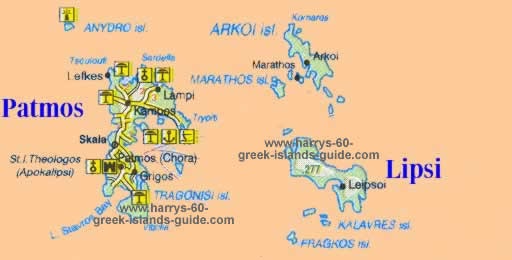 It is a relatively small island , with a maximum length of 10 miles, a maximum width of 6 miles and a total coastline of 18 miles. Patmos reaches approximately 34,142 sq. km. The terrain is rocky and steep volcanic with its highest peak the Prophet Elijah (270m) located in the center of the island. There are two other mounds, one at the northern part "Sklaves", and one in the south part "Praso".

In general, the coastline is diverse with many capes, bays and coves. Major islands that surround Patmos are: Prassonisi, Tragonisi, Chiliomodi, and more. The eastwards islands of Arki, Lipsi and Agathonisi belong in Patmos.

Patmos together with the islands Astypalea and Leros belong in the province of Kalymnos, and the main settlement it is Chora (Patmos, built on a hill, where it excels the Monastery of St. John the Theologian (Evangelist) as a large castle. Other smaller settlements of the island are Skala, Kampos (north) and Dhiakofti and Stavros (south). 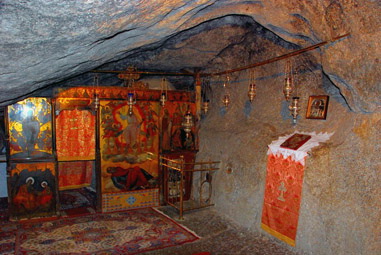 In 1100 AD the monk Christodoulos founded the Monastery of St. John the Theologian. In 1200 the island was occupied by the Venetians and in 1537 by the Turks. In the late 16th century, the conquerors became wealthy from trade and shipping of the island. The port of Skala becomes the safest and most important port in the whole region. Large warehouses were built, castles and manor houses to protect themselves from pirates. In 1659 the Venetians destroyed the island, and Patmos was invaded by the Turks until 1948 when the island reunited with mother Greece.

The island became colonized in the early second millennium, when the monk Saint Christodoulos of Bithynia received by the Byzantine Emperor Alexius I Comnenus (1081 - 1118) permission to establish Patmos Monastery of Saint John on the hill higher than the cave of the Apocalypse exactly on the ancient altar of the goddess Artemis

This Monastery was built in the form of a medieval castle with battlements and walls. Around the monastery started to settle except of monks, common people with their families building houses and having as shetler the fortified monastery, in case of pirate raid. So the monastery  was conected with the history and development of the island.

Patmos is an island with many smaller coves and bays and many beautiful beaches. Lambi, Campos, Agriolivado, Meloi, Groikos, Psili Ammos are some of them. 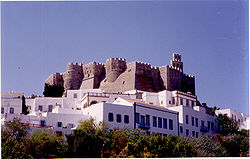 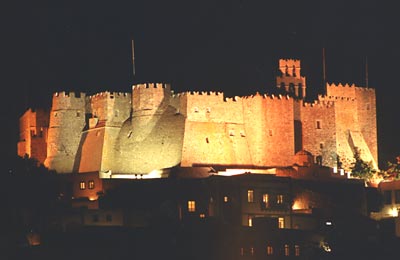 Patmos could be characterized as a great attraction. Has mainly two kinds of attractions. First of all, that have to do with the Apocalypse, Chora and the Monastery of St. John the Theologian. Pretty much the religious aspect of this Patmos connected all the churches and monasteries and generally human interventions on the island. Also important are the attractions of Patmos that have to do with the natural environment. Some of the major attractions that are worth visiting in Patmos: Monastery of St. John Theologian, Cave of the Apocalypse, the monastery of Zoodochou Pigis, Kastelli.